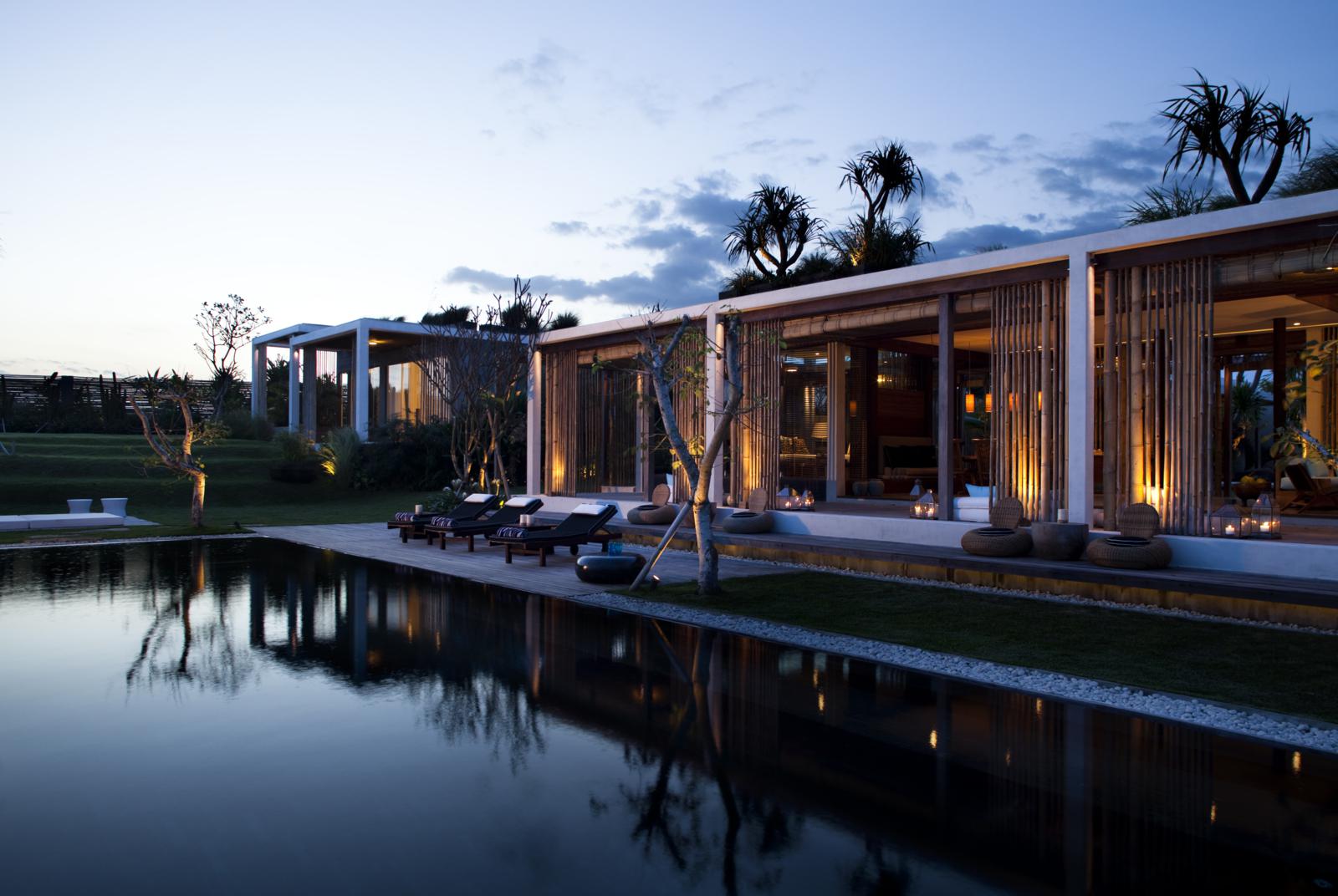 antangan villa sits on 6,500 m2 of cliff front piece of land located in the south west cost of Bali. The plot has incredible views west facing towards the beach on one side and on the north east side towards the forest and volcanos. The challenge was to create a villa that felt both compacted and cosy and that at the same time would take advantage as much as possible of all the views without feeling too imposing from the beach. We decided to approach the project by a way of creating a Landscaped Architecture, whereby the boundaries between the natural and built environments become blurred.

The design utilises a layout where the buildings are formed around the central courtyard, creating intimate internal spaces between them, and more open spaces towards the perimeter. The buildings are situated following the different contour levels of the land and are treated like giant planter boxes, each with a roof landscaped by either natural vegetation or water for a pond. In doing so the architecture not only sits sensitively on the land, but actually becomes part of it. The planter boxes also provide cooling effects to the spaces below and assist with rainwater collection.

Because of the remote location of the project, it was important that the Villa could operate self-sufficiently. To achieve this, a number of green systems and design approaches were adopted. The splitting of building forms created natural ventilation through the site, as well as through each individual building effectively cooling the spaces and reducing the strain on the system of solar panels and batteries.

"The architecture not only sits sensitively on the land, but actually becomes part of it"

The project demonstrates a concept of utilising traditional materials to create modern lines, always with a strong relationship between interior and exterior spaces, and a considered balance of light and shadow. In line with traditional Balinese architecture, there is also a great importance placed on a harmonious relationship between the different pavilions, and in maintaining a minimal impact on the natural environment. The considered rotation of buildings around the courtyard, combined with split-level space planning ensures that all spaces have privacy whilst maintaining a relationship with the outdoors. 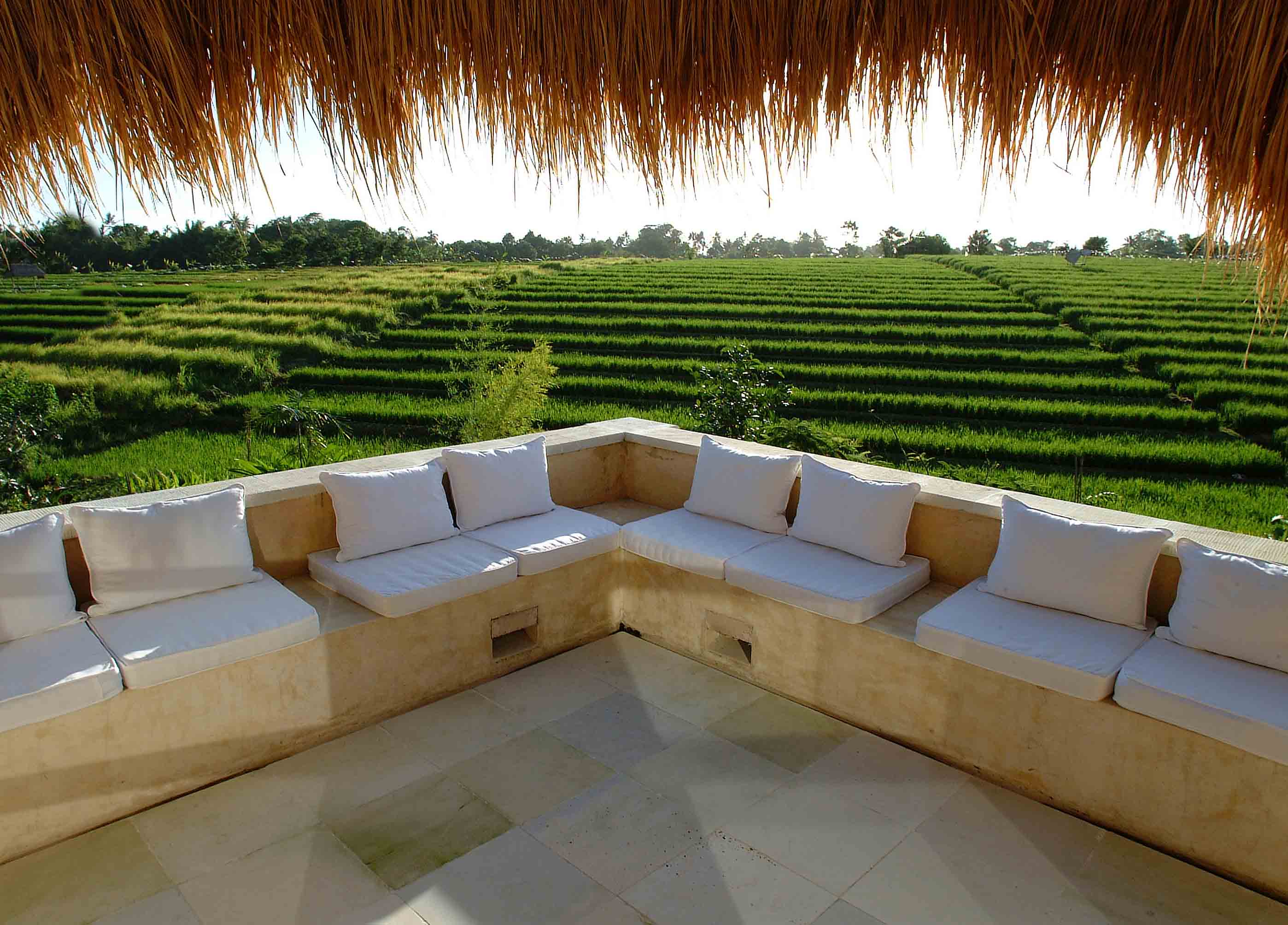 Our first project on the island of Bali and one that we hold very close to our hearts! 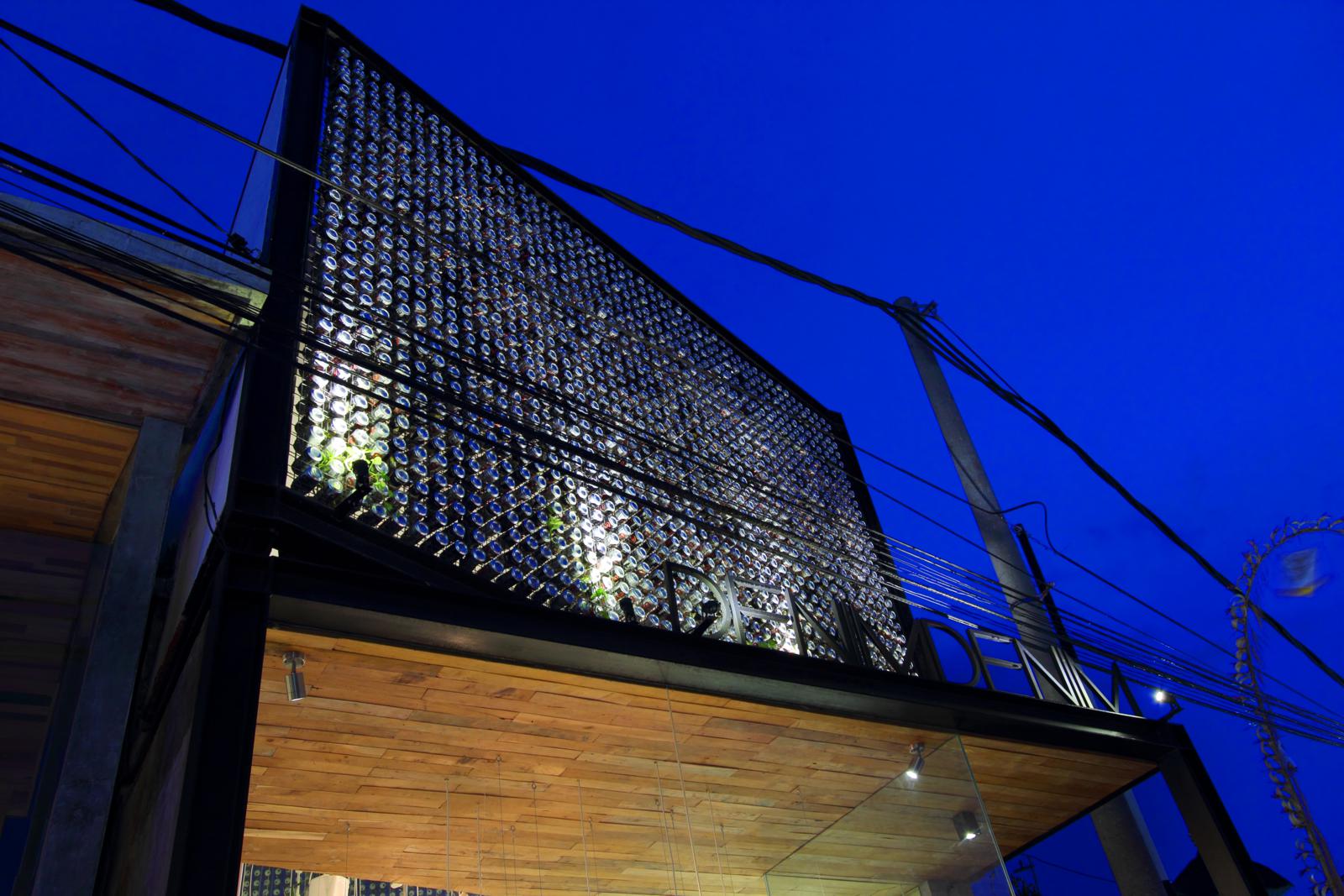 The Boxes Are Given Their Form With The Use Of A Black Steel Frame, Infilled With A Mesh And Be-Jewelled With Thousands Of Recycled Aluminium Cans. 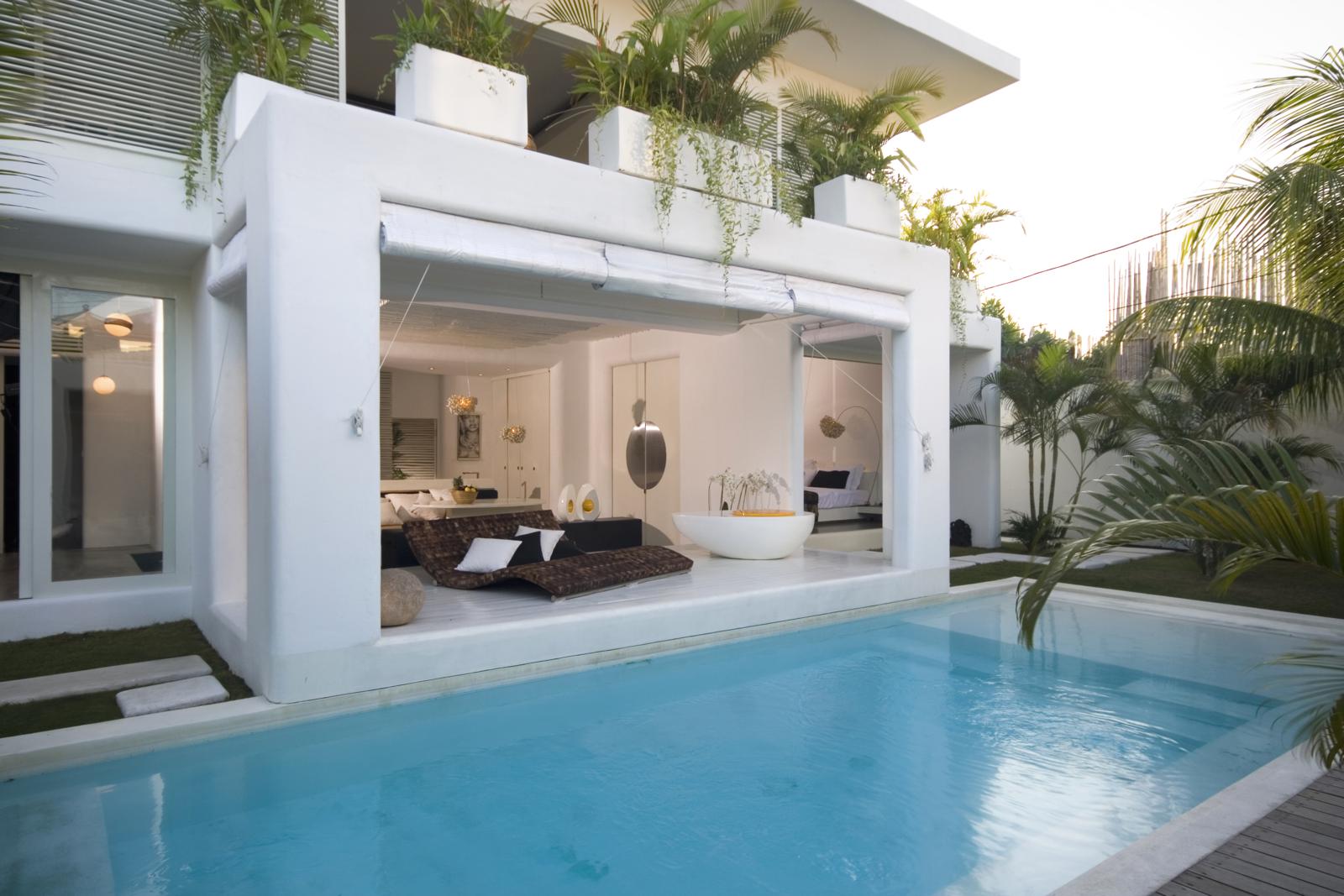 A house designed to entertain guests in the middle of urban Seminyak where interconnectedness of spaces has been the key to maximise the tight footprint. 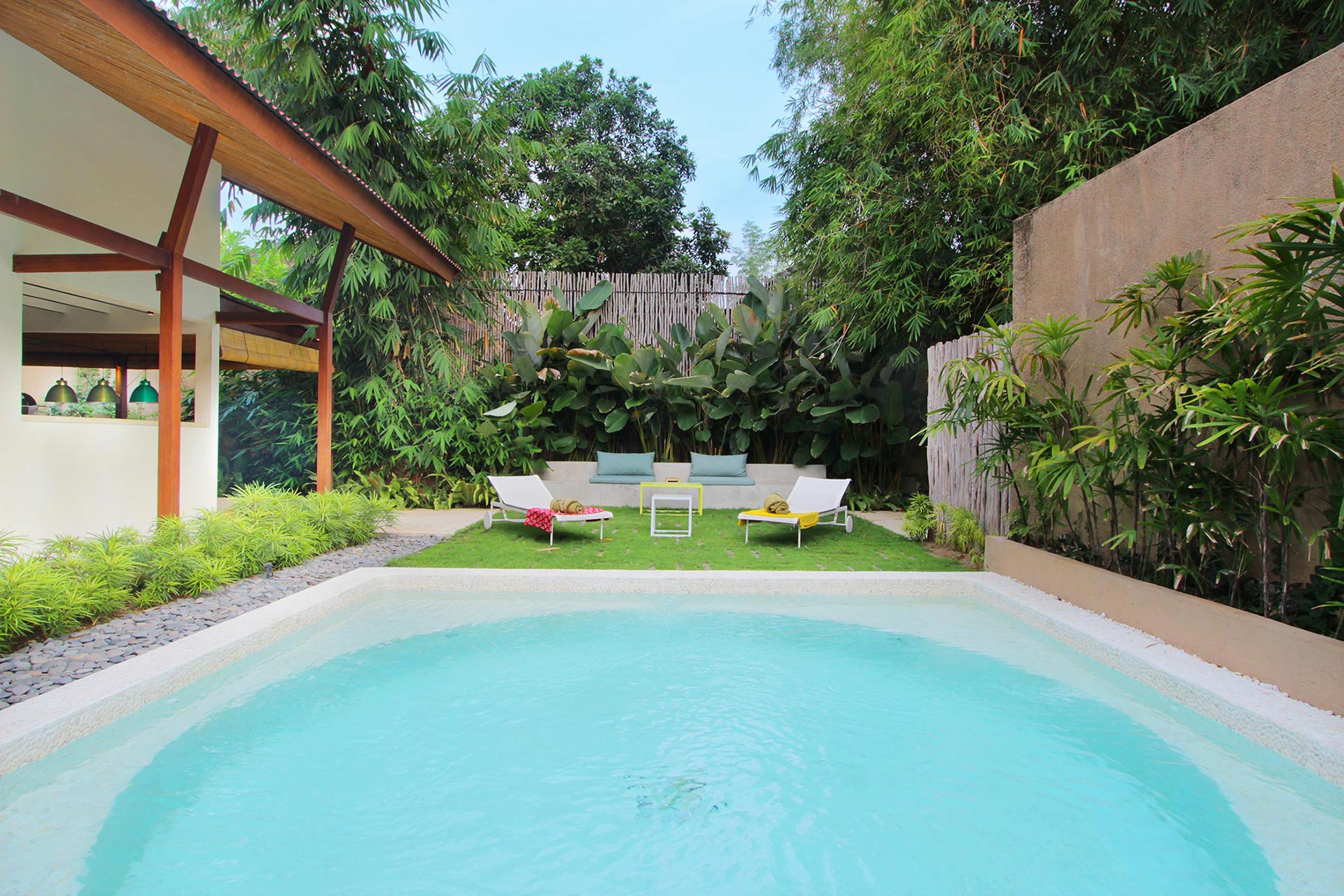 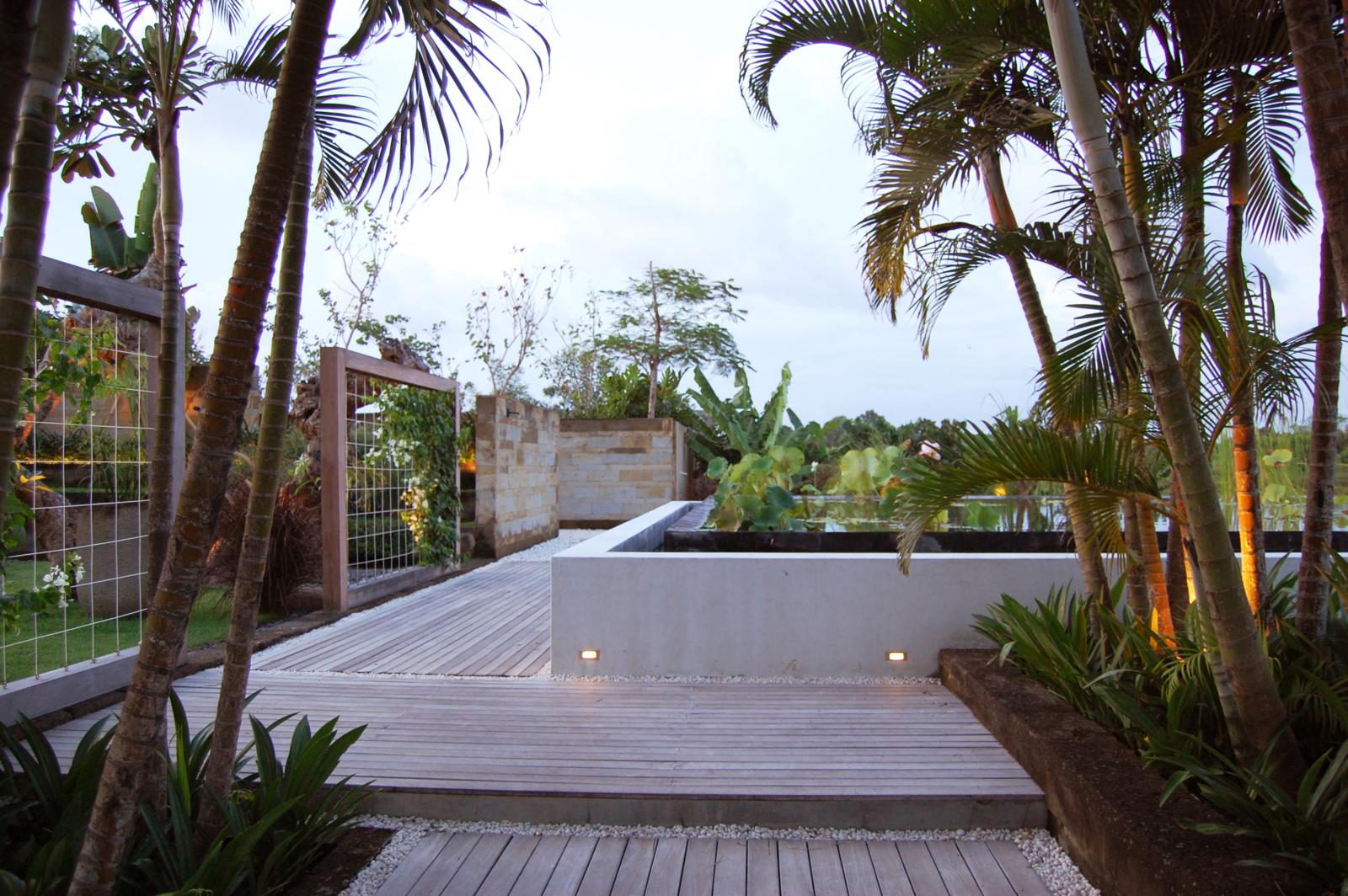 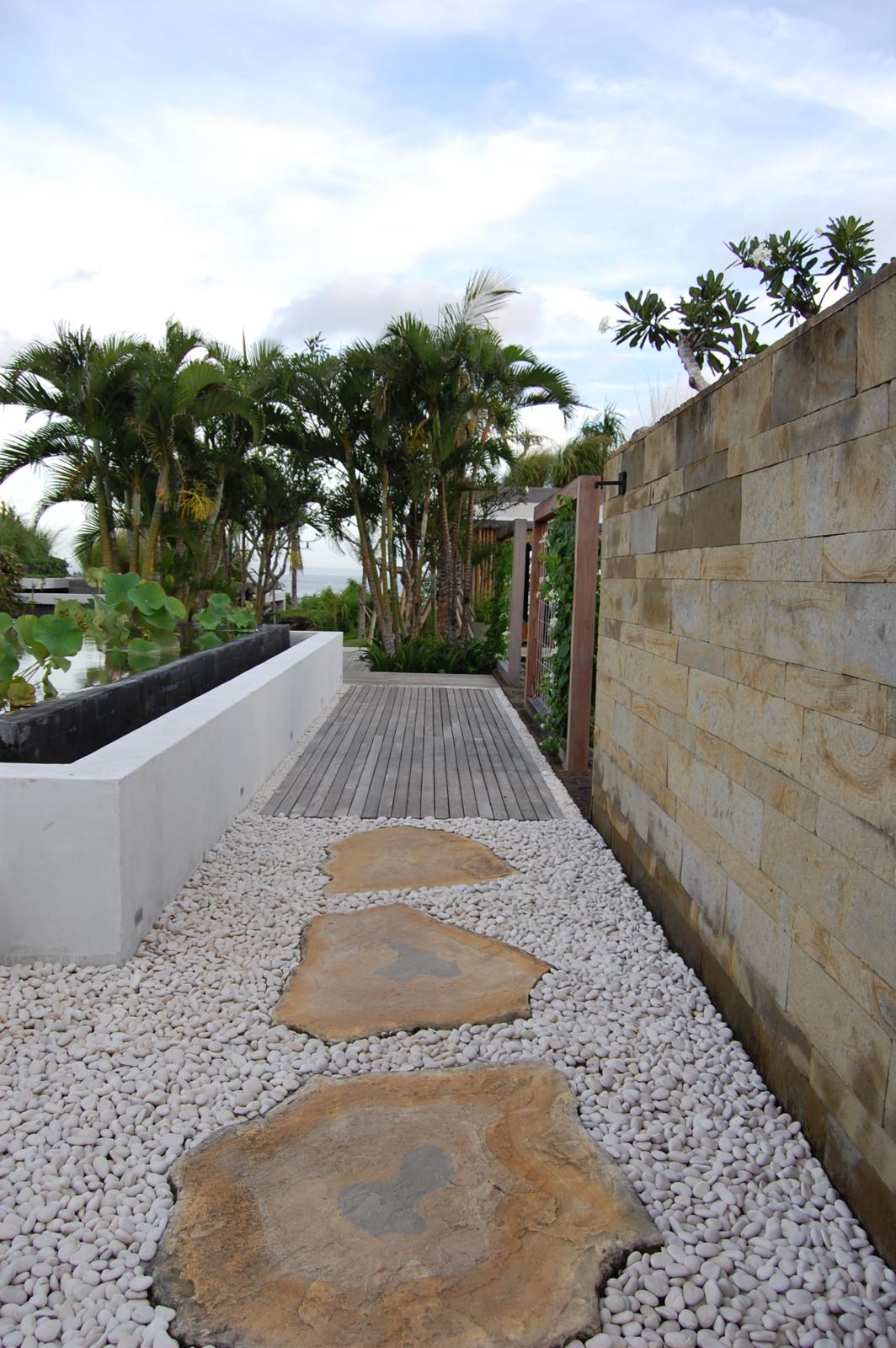 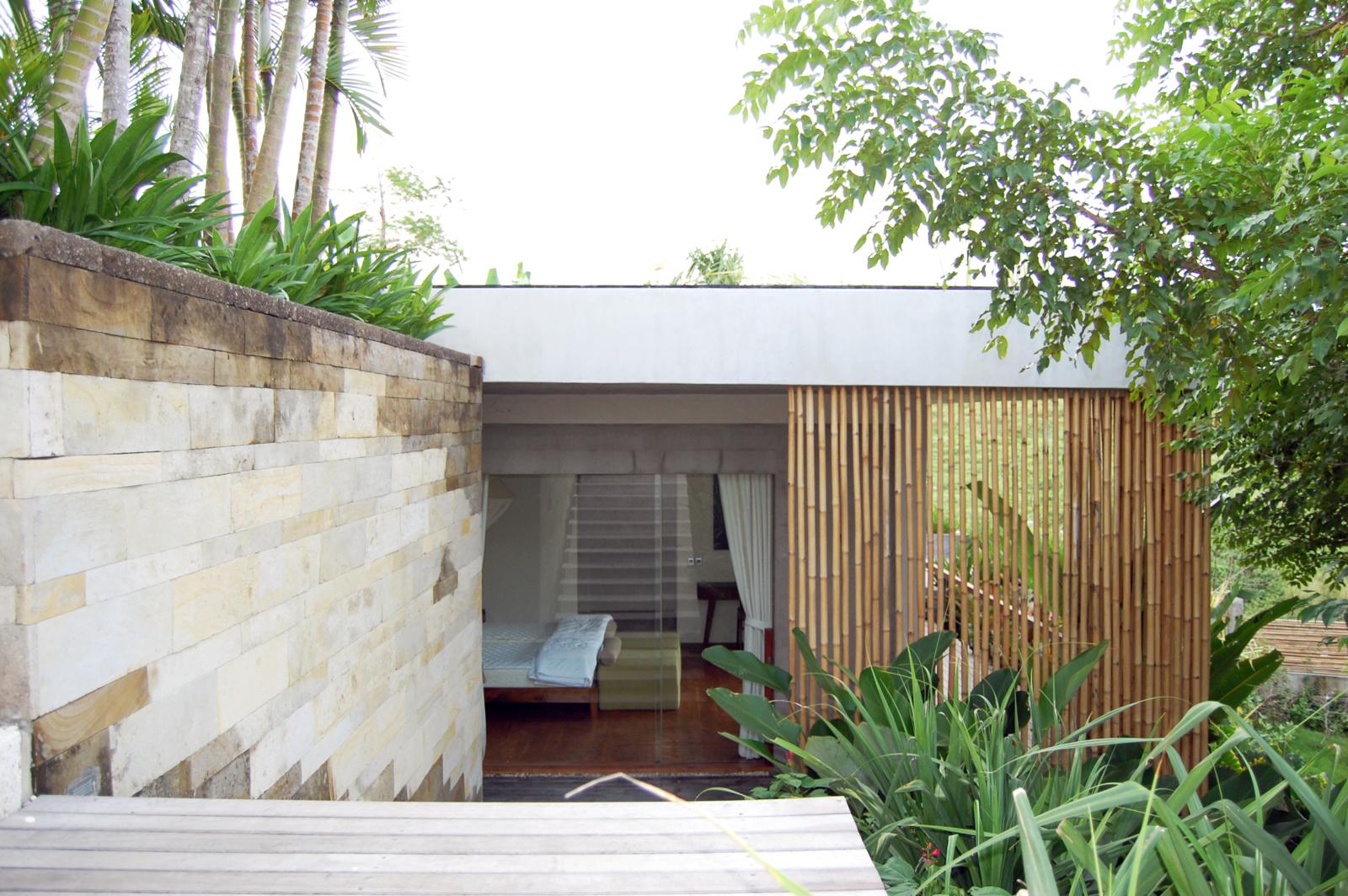 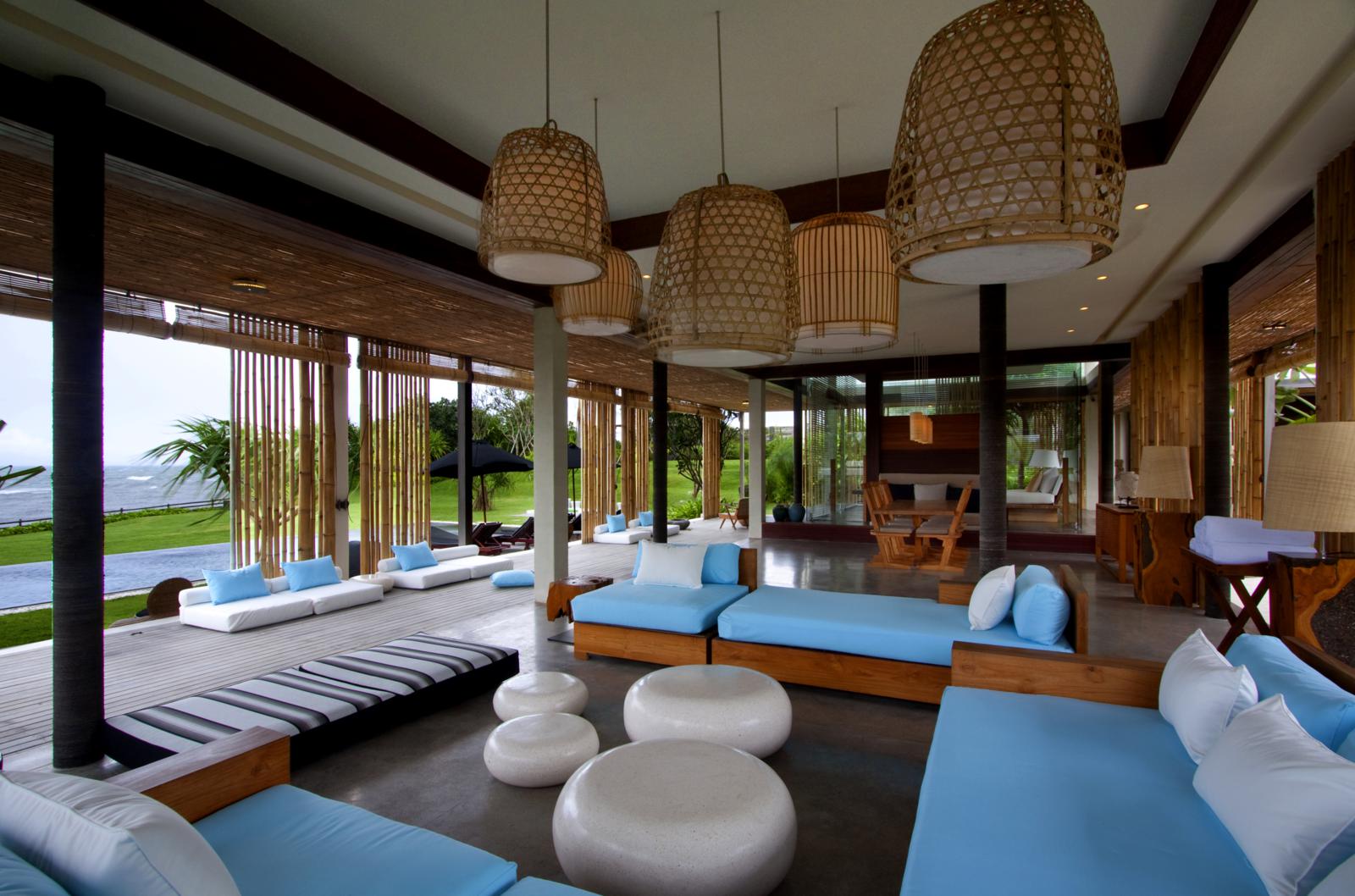 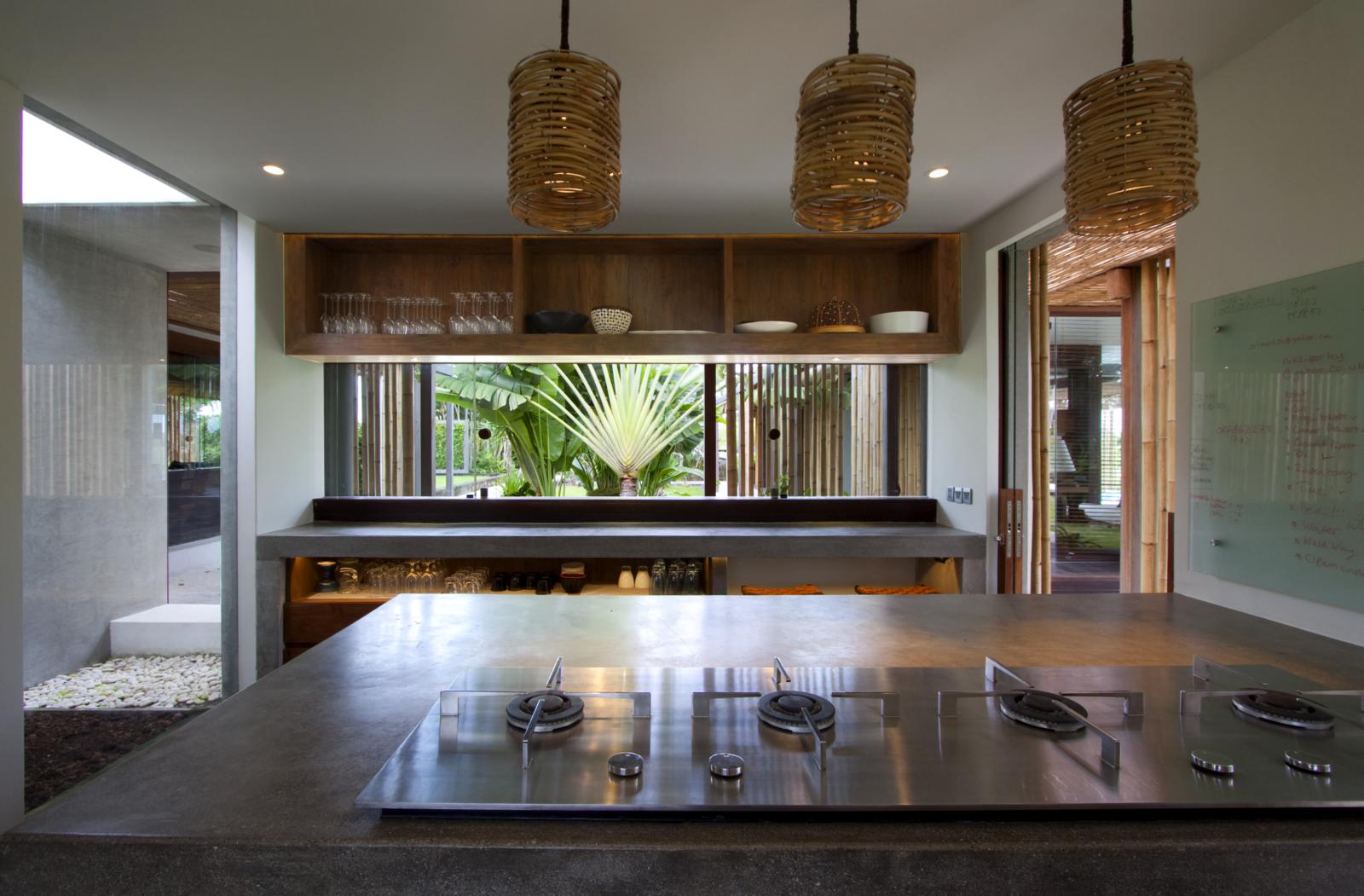 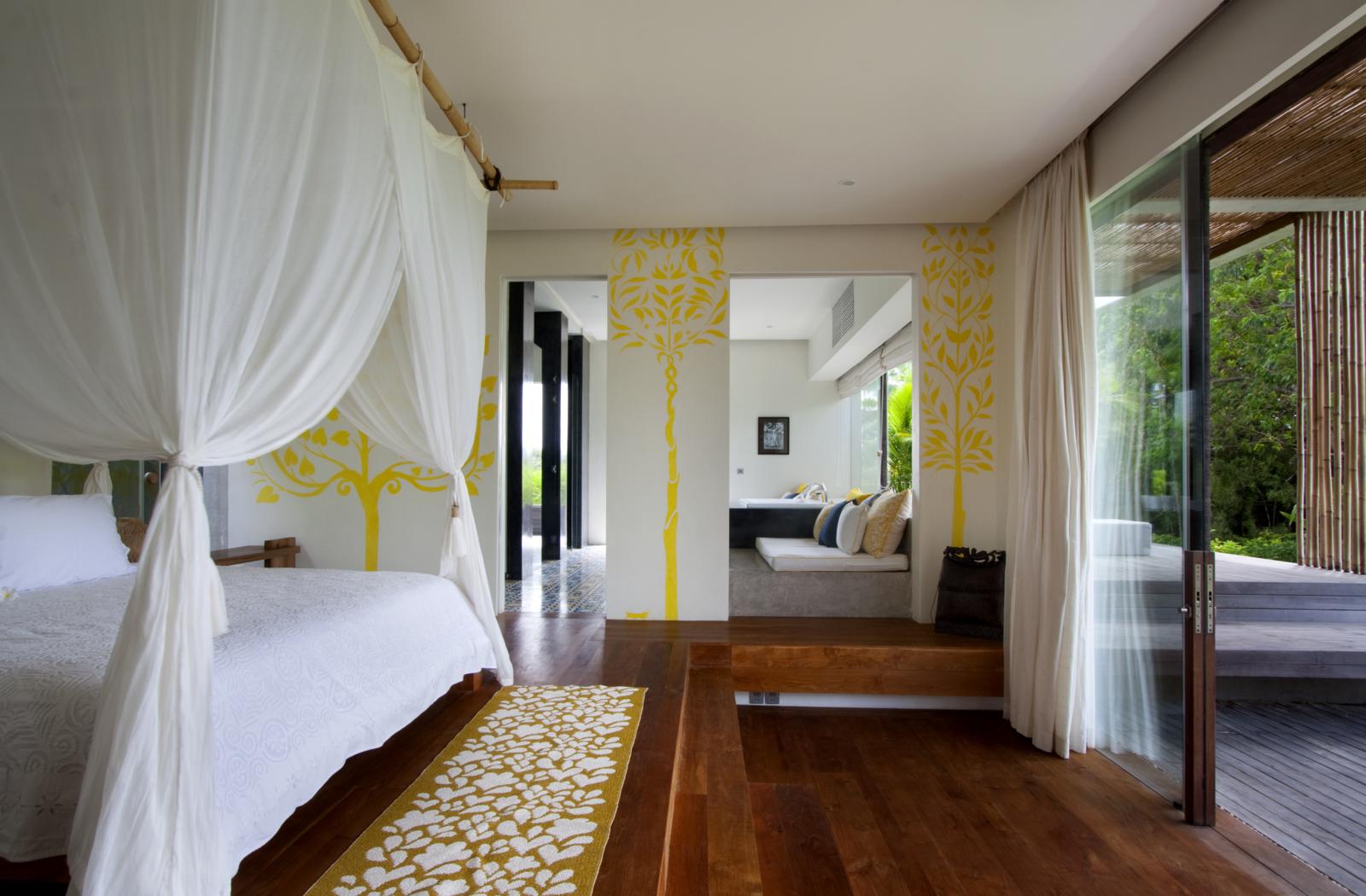 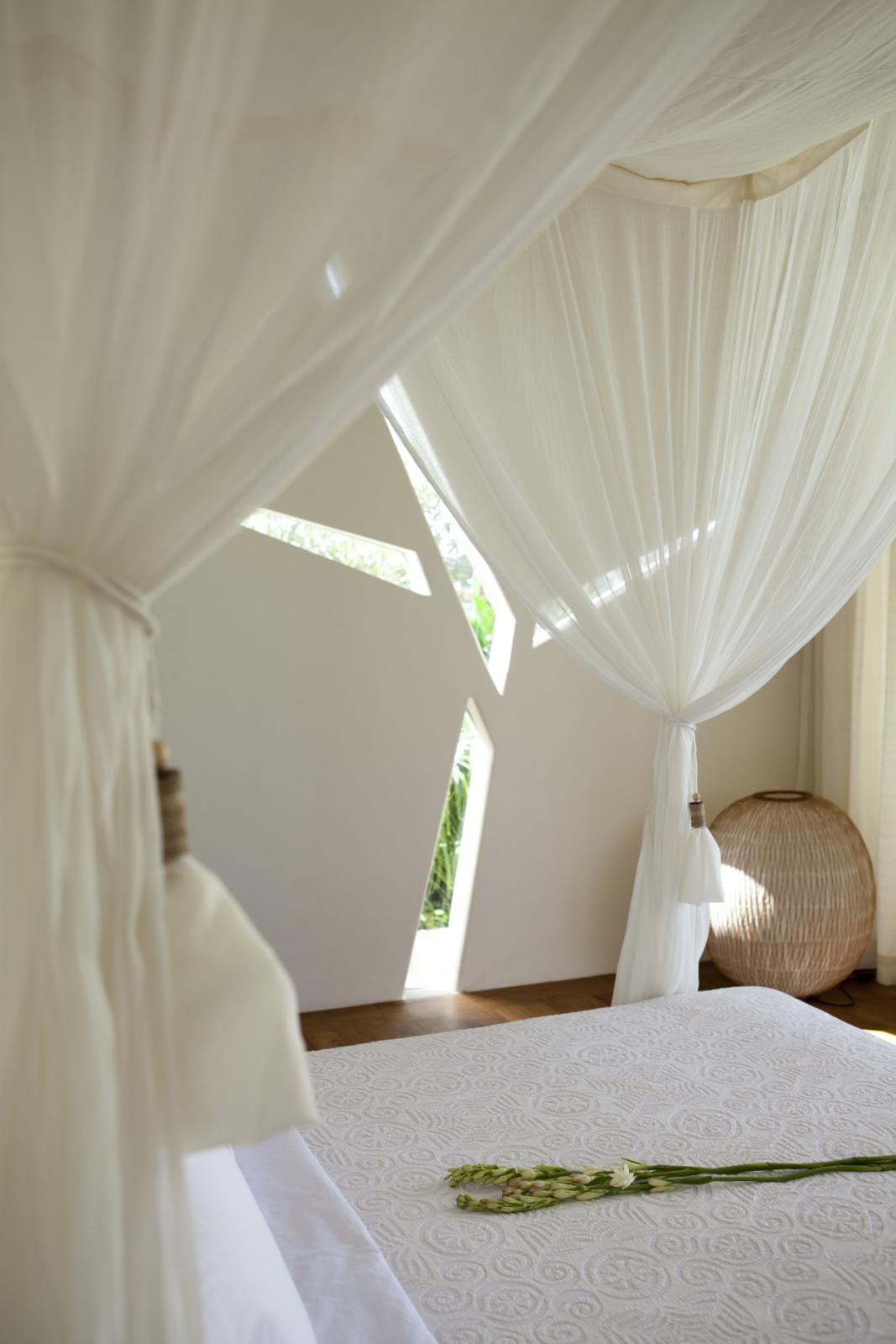 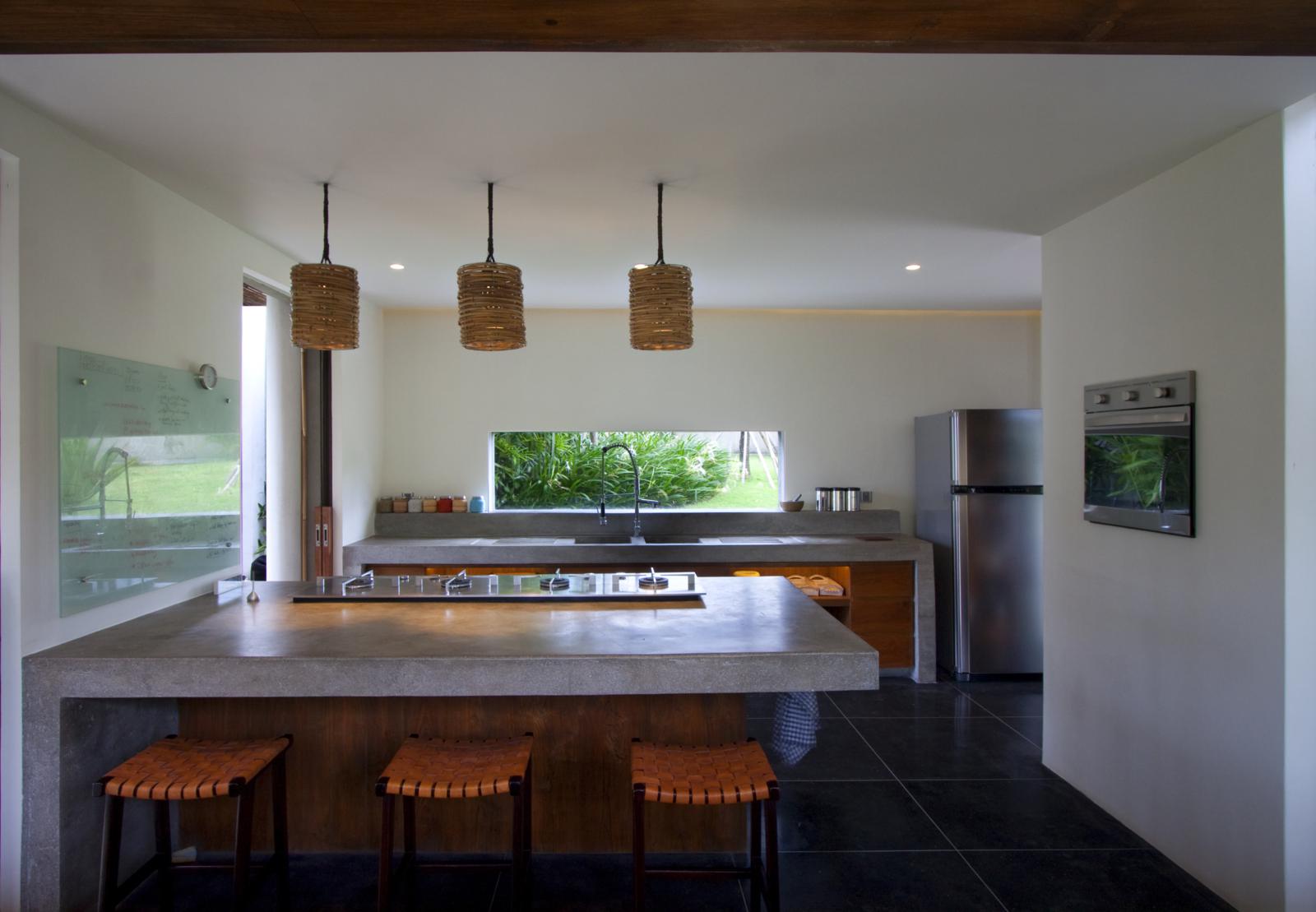 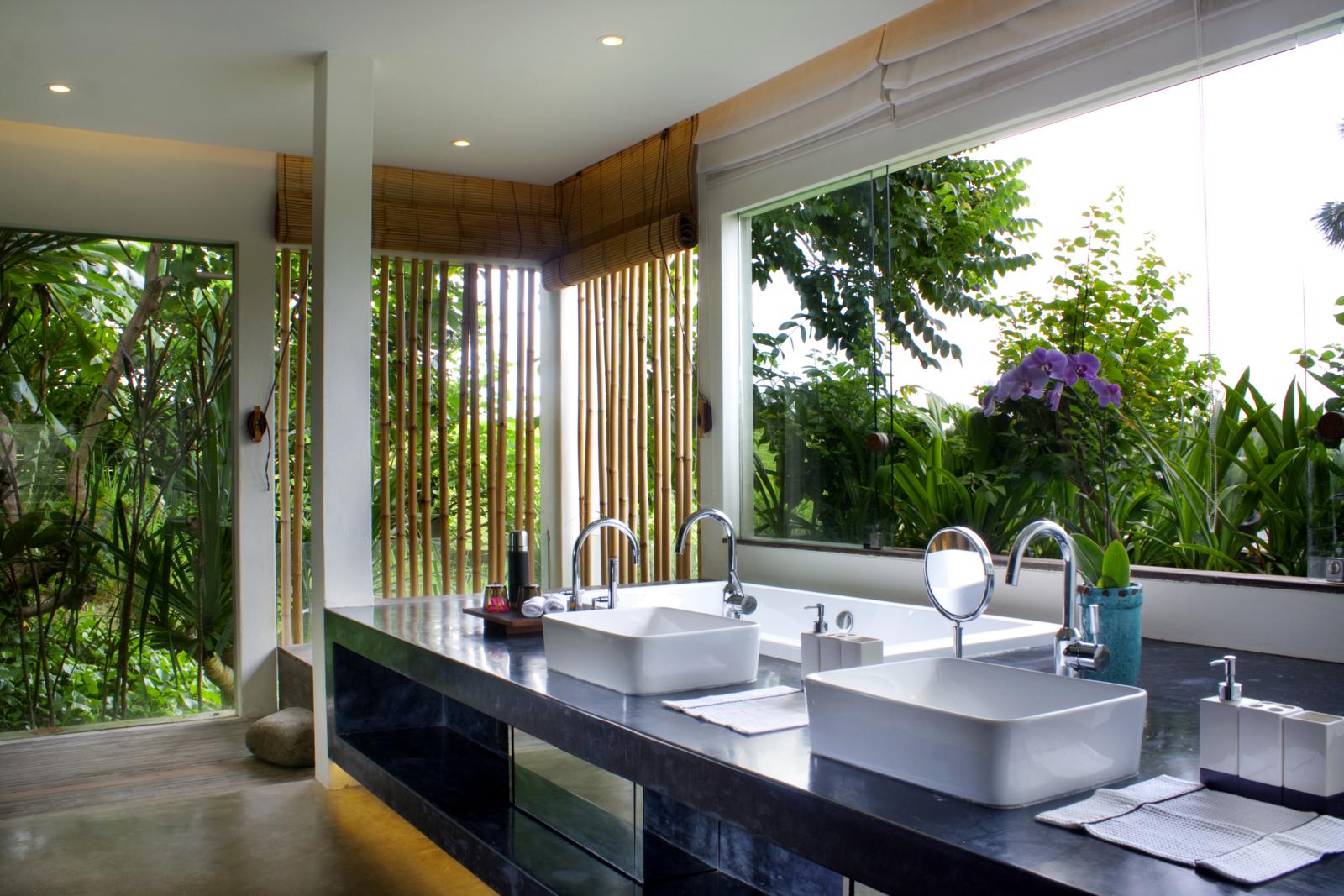 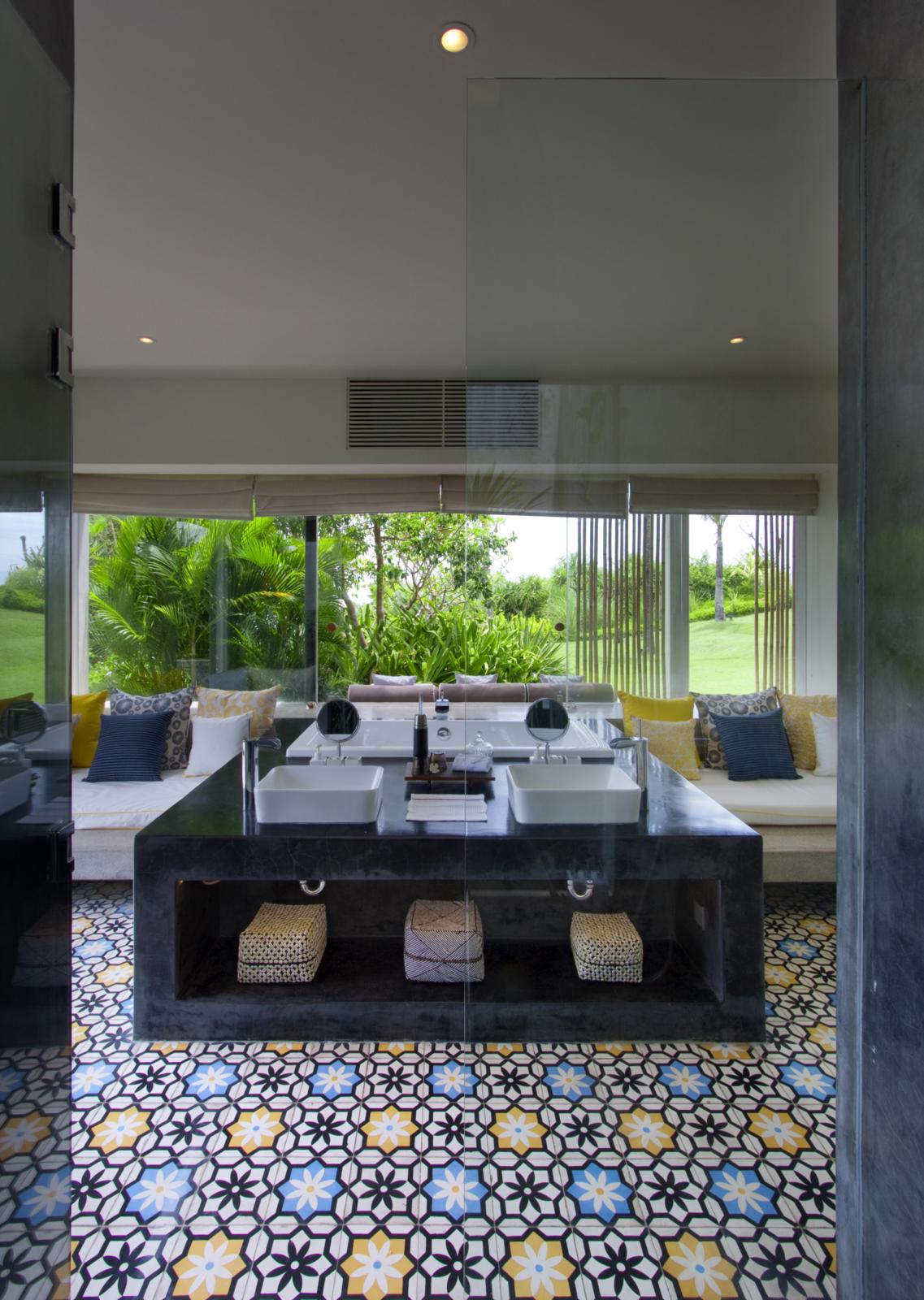 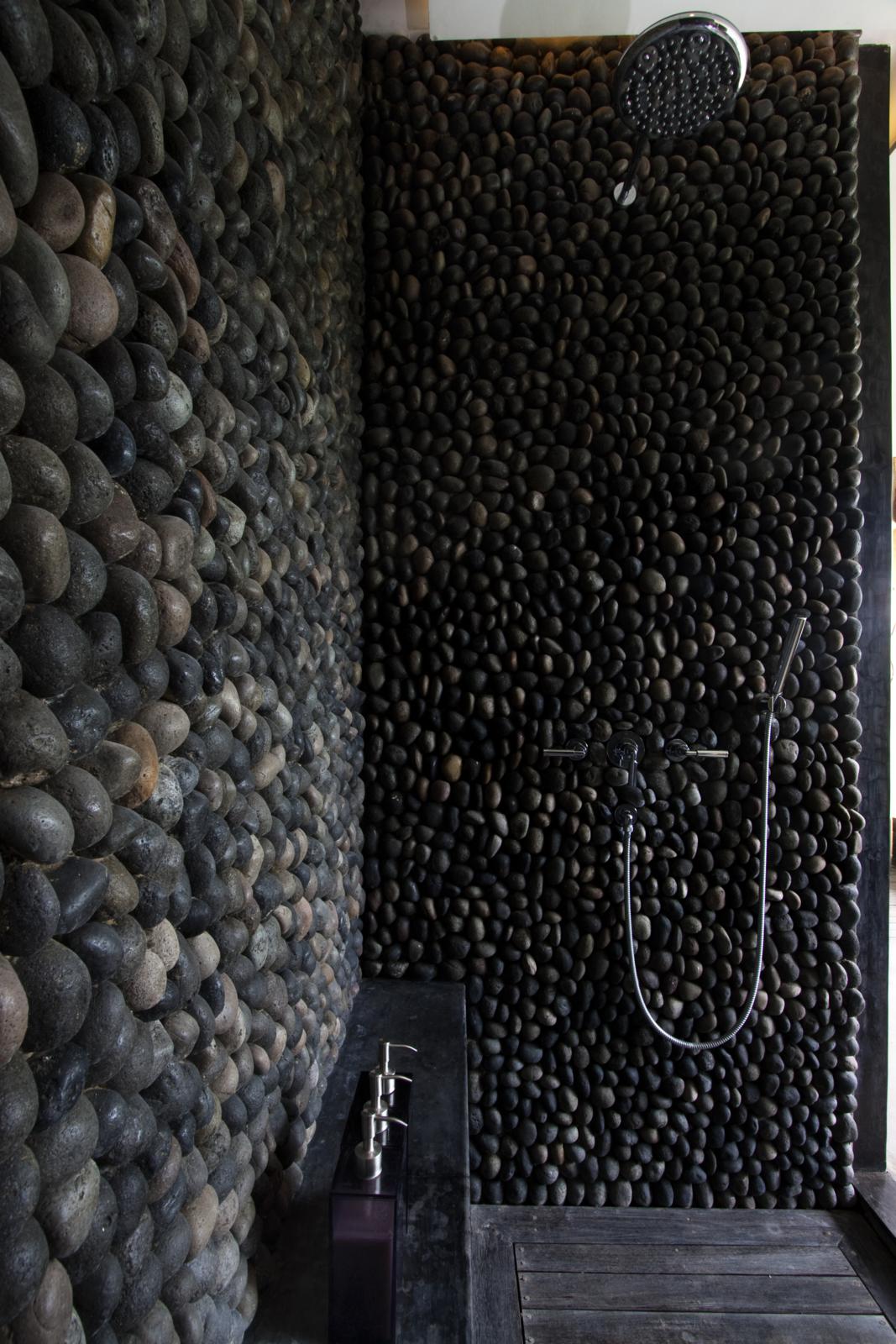